An article in Mint talks about how companies are using psychometric tests to hire the right talent; along with inputs from Neeti Sharma.

Can psychometric tests uncover the real you? Why companies use them during the recruitment process.

As a recruiter, be wary if your potential hire has a tendency to make impulse purchases, for it could be an indicator that the person takes decisions based on gut feeling rather than data—a dangerous habit for a manager.

Picking up these and other behavioural traits in potential hires is a whole battery of psychometric tests. They measure attitudes and behaviour patterns by asking a series of disconnected questions—some may ask for preferences, others might describe situations and ask for reactions. Based on the answers, the tests will flag a candidate with a “learning mindset” or a “fixed mindset”, predict their propensity to work well in teams, and even quantify their “motivation inventory”.

Such tests, based on psychology, statistics and analytics, are being used increasingly by recruiters, even though opinions on their reliability continue to be a subject of debate. The controversy over whether such tests are effective assessment tools began in 1943, when the first psychometric test was designed by two Americans, Katharine Cook Briggs and her daughter Isabel, to judge the suitability of Cook Briggs’ son-in-law! Called the Myers-Briggs Type Indicator (MBTI) and based on the Jung system of psychology, it divides people into 16 personality types under categories like Feeling, Intuitive, Introverted and Extroverted. Today the MBTI is used widely by multinational firms; some companies use variations like the Big Five Personality Traits.

Hiring is an expensive proposition, and hiring wrong even more expensive. “It’s difficult in a 30-minute interview to make a full assessment of someone,” says K. Narayan, the Mumbai-based president, human resources (HR), of textile company Raymond Ltd. He finds psychometric tests useful because they add an important input to the evaluation of a candidate. Narayan says Raymond uses a mix of tests like the Thomas Personal Profile (TPP) Analysis and the Occupational Personality Questionnaire (OPQ).

“While a job interview reveals the person’s achievements, psychometric tests provide insight into their style of thinking and engagement,” says Gurprriet Siingh, Mumbai-based country head at leadership consulting firm YSC India. Tests like the MBTI, the Fundamental Interpersonal Relations Orientation-Behavior and the Hogan Personality Inventory can tell employers whether the candidate has a participative style or a directive style of doing things, whether s/he is more operational and detail-oriented, or more of a strategic thinker, says Siingh.

There are also a whole set of customized psychometric tests. In India, testing companies like Gurgaon-based Mettl and Aspiring Minds and Pune-based Jombay design their own tests. There are different tests for different job roles and different seniority levels. “It’s about reducing error and subjectivity,” says Mohit Gundecha, chief executive officer (CEO), Jombay. Gundecha has a client list of 250-odd firms in sectors such as banking, insurance and retail hospitality. “We are democratizing assessment by defining key competencies, based on the analysis of top performers. Like for hospitality you need to be high on stress tolerance and networking, while for production management in a manufacturing concern, you need achievement orientation and attention to detail. Hence our tests look for these traits in potential hires,” says Gundecha.

Mumbai-headquartered Angel Broking is a user of Jombay’s “Feet on the Street” test, meant to select salesmen. “We’ve been using this test for the last six months, and we have seen our attrition levels go down,” says Subhash Menon, chief of HR and learning at Angel Broking. The test has identified perseverance, communication and relationship management as traits that top-performing salesmen have.

Some companies, like HR outsourcing firm Teamlease Services Ltd, develop their own tests. Teamlease recruits up to 5,000 employees every month and determines what role is best suited to their skills and personalities—sales, back office, retail, data entry. “We have our own in-house team that administers psychometric tests and looks at attitudes like patience and perseverance levels, decision-making abilities and confidence,” says Neeti Sharma, the firm’s Bengaluru-based senior vice-president.

How accurate are they?

Can candidates “game” the tests by pretending to have behaviour patterns that they think employers will like? It’s not so easy, say the test-makers. “We ask questions in different ways to check for consistent responses. And we employ ‘situation tests’, where we ask for their response to a particular situation. There are no clear right and wrong answers, so it makes it harder for candidates to fake responses,” says Varun Aggarwal, co-founder and chief technical officer, Aspiring Minds, which works with both students and companies, testing domain knowledge in subjects as well as behavioural skills.

Aggarwal, a postgraduate engineering student from the Massachusetts Institute of Technology in the US, became interested in testing and psychology while he was pursuing his postgraduate degree in engineering. “Testing is at the intersection of statistics and psychology,” says Aggarwal. He returned to India in 2007 and set up Aspiring Minds. Aggarwal says each psychometric test has an inbuilt measure to gauge if the candidates’ responses are incongruent.

Mettl’s CEO Ketan Kapoor agrees that the tests are all about statistics: “Psychometrics may be an inexact science, there may be a few false positives, but on an overall population we will be directionally accurate.”

Still, there are many caveats to using psychometric tests as recruiting tools. Firstly,the test should be chosen carefully, depending on the job requirement. Then, the test results need to be interpreted carefully. Even with the right interpretation, test results don’t always hold. Siingh explains: “The test results will tell you in which category people fall (extroverts, introverts, micro-managers, delegators.) But it tells you nothing about whether they are true to the type.” And, he says, the test does not take into account the possibility that an individual has the ability to manage their type. So you may reject a candidate whom the test labels as having a preference for micro-managing, even though he has developed the capacity to delegate.

For all that, psychometric tests remain an integral part of assessment. They are popular not only at the recruitment stage, but also later, in assessing leadership skills and in succession planning.

Psychometric tests are used by career counsellors to help students choose suitable careers. Young professionals looking at career changes, as well as older professionals, can also take the tests to determine their competencies and future trajectory. These tests, which include the Myers-Briggs Type Indicator (MBTI), the Sixteen Personality Factor Questionnaire (16PF) and others, are available online, for prices upwards of Rs.2,500. Consulting firms like Aon Hewitt, YSC India and AscendPsychology, as well as assessment firms like Aspiring Minds and career counsellors like Mumbai-based ReachIvy, also administer these tests, and will help you interpret results, and suggest the additional skills that need to developed, for prices ranging from Rs.3,000 to Rs.2.5 lakh.

This article was published in Mint: https://goo.gl/yz1g39 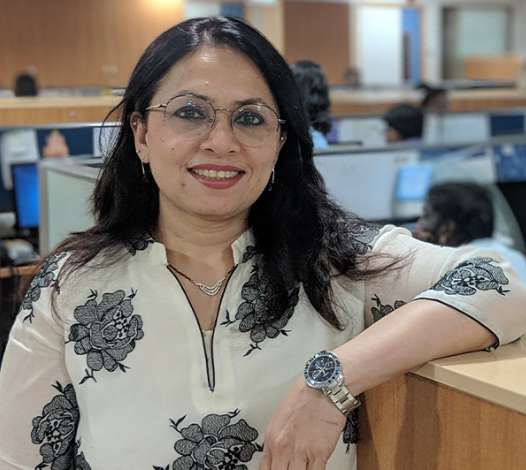