The Bright Side of Dark Stores

The COVID-19 pandemic has shaken economies and people all around the world, including India. It did, however, benefit e-grocery by allowing essential-focused e-commerce platforms to safely supply services and products at home. There has been a transition in the expectations of customers from service providers to be responsive and omnipresent across all business channels.

The year was 2009 when the UK based retailer Tesco opened its first ‘dark store’ as part of the company’s response to rising demand on the internet. It seemed like something out of a sci-fi film when it was initially introduced. 13 years later, the concept of “Dark Stores” is on its road to becoming a widespread phenomenon and is becoming ubiquitous in the retail and e-commerce industry.

The term “dark store,” in a nutshell, refers to a retail distribution facility or an order fulfilment platform for online sales. The increase in the number of hyper-local dark stores has given rise to a new type of retail e-commerce called “quick-commerce” or “Q-commerce.”

The ‘Q-commerce’ industry growth story and what the future holds

After the pandemic had struck, there seemed to be a shift in the mindset of the Indian consumers which significantly contributed to the growth in the number of hyperlocal online stores. When online hyperlocal retailers weren’t a reality, there were three distinct observable patterns in consumer purchasing behaviour: stock-up, top-up, and unplanned purchases.

Due to consumer dissatisfaction with the two-hour wait in receiving their groceries during the lockdown, a new era of lightning-fast deliveries began, which we now call ‘Quick-commerce’.

Demand for faster and more efficient delivery has led to a hiring frenzy in the Q-commerce industry.

Due to the short turnaround times for online grocery orders, having a sufficient number of employees on hand to fulfil them is critical. This is due to the difficulty of predicting customer demand, especially for new operations.

To reduce this limitation, we provide dark-store businesses with the necessary staffing solutions to let them grow their operations as needed.

In 2021, delivery service employment increased by 28%, and that increase is expected to reach 32% in 2022. Due to aggressive vaccination campaigns and solid economic recovery, job growth momentum is expected to continue. The intent to hire in the E-commerce tech start-up space is estimated to reach 69%, which represents staggering growth of approximately 20% from the third quarter.

As per a study by Redseer, the total addressable market (TAM) for quick-commerce in India is around $45 billion, driven by middle and upper-income families in Metro and Tier-1 cities.

We believe that the quick-commerce sector is exciting, which is why major e-commerce businesses want to join the bandwagon, despite the fact that the market is competitive. The more saturated the market becomes, the greater the chance of a price war; nevertheless, businesses are now more aware of the role they wish to play in terms of the value they provide to the customers and not engage in a price war.

There has been a notable improvement in the sector’s outlook over the past year, as investors are focusing on enterprises with long-term feasibility and uniqueness. Start-ups are now enthused about AI and automation because it opens up new possibilities for addressing the market and serving customers.

We believe that due to the price sensitivity of the market in Tier-2 and Tier-3 cities, quick-commerce penetration will be slower. Creating an influence in these places would certainly take time due to the necessity for these markets to adapt to newer technologies and behavioural changes.

1- Customers are loyal to the value they receive, not to the brand.

2- Business efficiency is accomplished by improving the supply chain and increasing agility.

3- New retail models, while disruptive, may have a shorter life cycle in the future owing to more advanced technologies.

4- For the foreseeable future, growth in logistics for the first and last miles will be inevitable and thus, newer business requirements would create newer roles in the industry.

5- In addition to grocery and food deliveries, pharmaceuticals, clothes, and fashion, a mixture of regular and gig workers will be required to meet workforce demands.

The Indian internet user base is expected to reach 900 million by 2025, according to a report by IAMAI and Kantar. Quick-commerce services are poised to expand even further into the country’s Tier-2 and Tier-3 cities. There’s no doubt that as warehouse space gets bigger, delivery times will keep getting shorter. However, the real winners here are the customers.

Nobody knows what the retail and e-commerce industries’ future holds. What’s next: delivery by drone, self-driving cars, or something new? 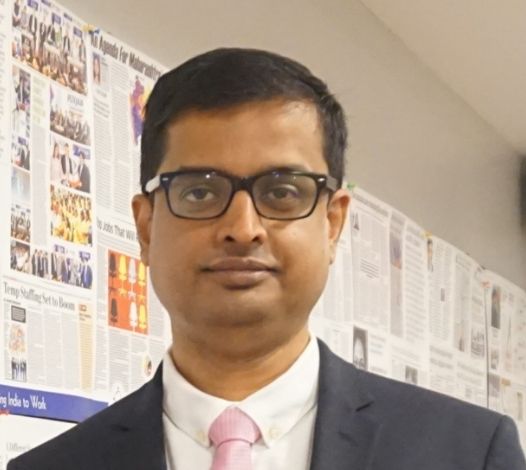