If you haven’t already watched the drone show that marked the count-down to the FIFA 2022 Qatar World Cup, you definitely should. 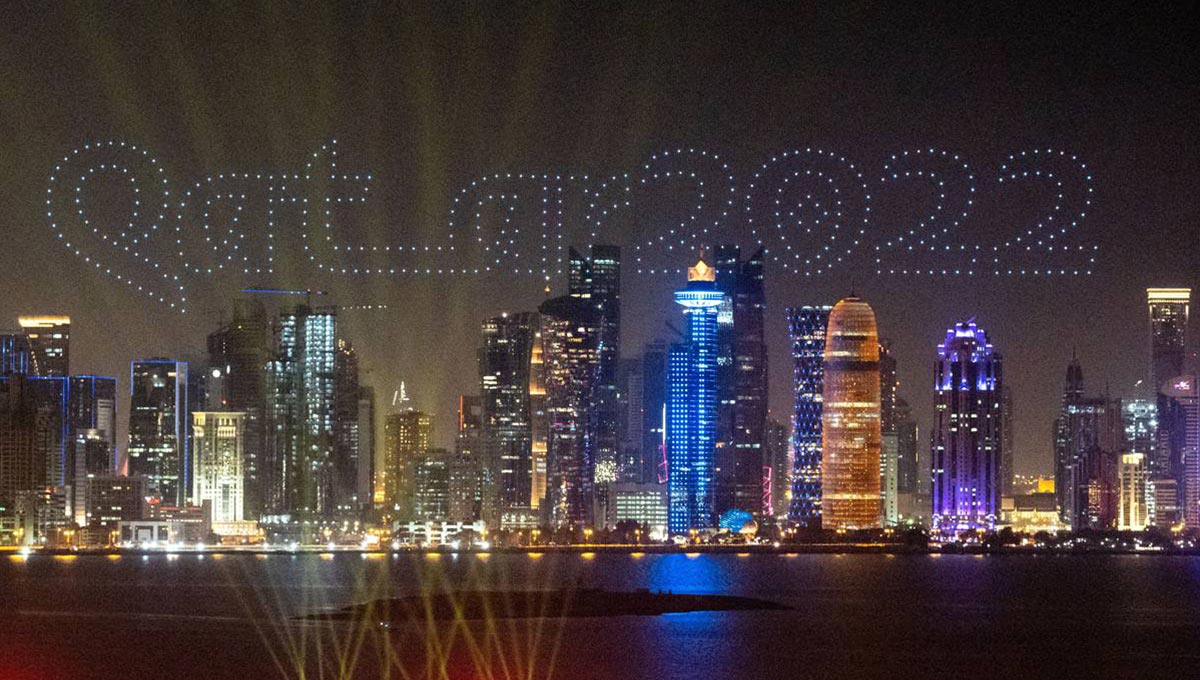 Pre-programmed UAVs (Unmanned Aerial Vehicles) or drones can be a thing of beauty to light up the sky or a reconnaissance and defence equipment like the Predator or Byraktaar Drones, or even an offensive weapon of destruction. The possibilities and use cases of this great technological innovation are plentiful. Since the conceptualization of drone deliveries was envisioned by Jeff Bezos back in the day, have we slipped off the track or can this vision still be realised?

India’s thirst for super fast delivery still remains unsatiated in many parts of the country. Be it due to a lack of good roads or bumper-to-bumper congestion, the delivery partners face a harrowing challenge in completing deliveries. The demand for faster and more efficient mid-mile delivery for the e-commerce and quick-commerce industries is growing at a tremendous pace.

Would mid-mile drone delivery be the solution to this? How would this affect the jobs of the delivery partners?

Would drone deliveries be viable in India?

India could be a drone pioneer. According to Drone Industry Insights Report 2020, the worldwide drone market will reach $42.8B by 2025 at a 13.8% CAGR. India is estimated to be the third-largest drone market by 2025.

In India, the use of drones for delivery is poised to take off, thanks to significant motivation from companies and government support. For example, Swiggy is actively planning trials for mid-mile deliveries in an effort to reduce costs and improve delivery times. Mid-mile delivery systems in cities necessitate extensive route design and testing before they can be scaled.

When it comes to achieving our government’s goal to become the drone capital of the world with the support of organizations like DFI (Drone Federation of India), a non-government, non-profit, industry-led group, we’re not far off. The DFI strives to build a conducive environment for drone service operators and manufacturers, by being a bridge between the industry and the government. Developing a safe, scalable, and sustainable flying environment in India is the goal of the DFI, which promotes the interests of its members in government, industry, and public affairs; improves the quality and profitability of manufacturers and service providers; and encourages content and technology innovation.

What would the rules and regulations be? 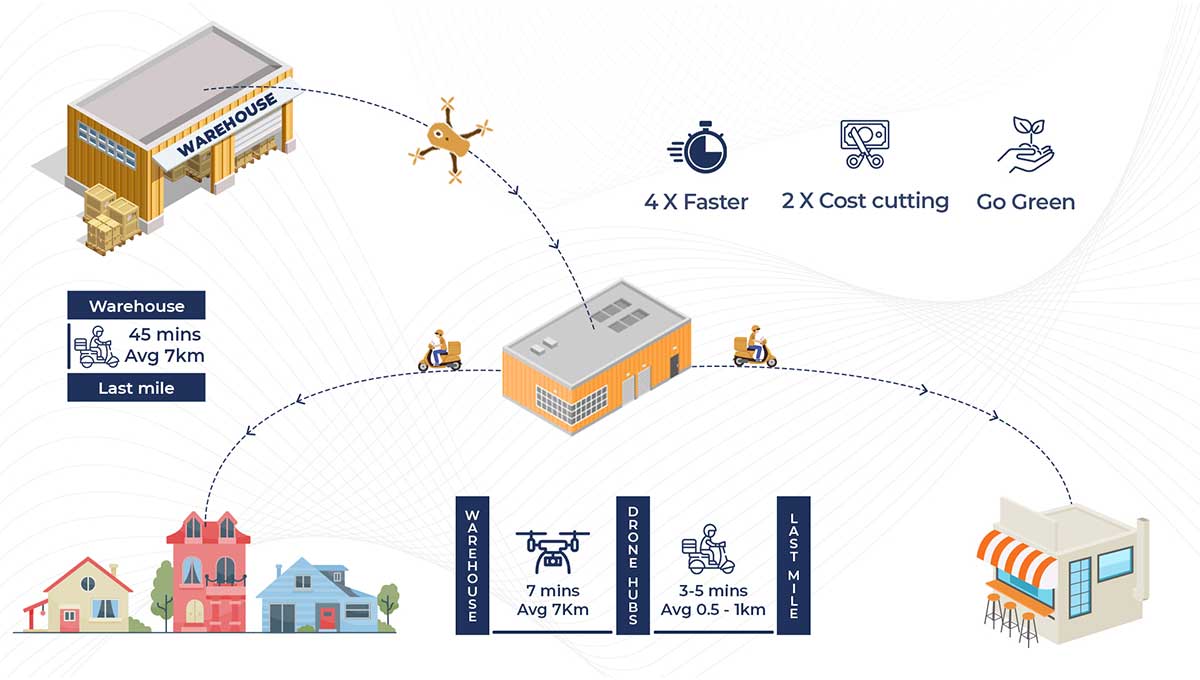 What would it mean for delivery partners in the e-commerce industry?

Despite the fact that drone delivery is still in its infancy, it is widely accepted as the best method for delivering small goods, medicines, and food to some remote regions that are difficult to access by road.

While delivery partners will remain the primary mode of delivery, they will be supplemented with drones in order to help delivery executives get products to their destinations faster. Drones will be used for mid-mile deliveries. Drones will be utilized to refill inventory between seller-operated dark stores and from a store to a common customer point. Following that, a delivery partner will pick up orders from the common location and bring them to the customer’s door. Drones can simply fly over traffic jams in the cities, saving a lot of time and thereby increasing the value-for-money argument.

What are the challenges for drone operators in the last-mile delivery in India?

How might solving the above challenges affect e-commerce last-mile delivery and what are the other use cases of drone technology?

For e-commerce businesses, the use of drones to automate delivery is a convenient way to satisfy both customer convenience expectations and last-mile delivery difficulties all in one fell swoop.

What kind of new jobs would emerge?

While many of the new employment created in the industry will be in manufacturing and as drone pilots, other positions such as:

will also become available in the near future. A statement by the government (Ministry of Civil Aviation (MoCA) claims that more than one lakh jobs are expected to be created in drone services during the next three years. In addition, India will require approximately one lakh drone pilots in the future to operate a wide range of drones.

At this time, the ATM (Air Traffic Management) systems in place are not equipped to handle the influx of traffic generated by unmanned aircraft. Automated UAS Traffic Management (UTM) must be developed in order to meet these needs. In the future, this technology could be merged into a more conventional ATM. The emergence of government jobs in the improved ATM can be expected.

More must be done to disseminate critical knowledge and to build infrastructure and a pipeline for young people who want to be taught, certified, and employed in drone technology. This is a chance for rural young people to get a foothold in the tech industry.

The future of the drone industry looks quite promising for India. If the momentum is maintained by the central government and the state governments, India has every chance of becoming the drone manufacturing and drone services hub of the world by 2030 as projected by MOCA

With the expected favourable outcomes and job opportunities this sector would create, one can wonder whether this new industry will be our next best bet? 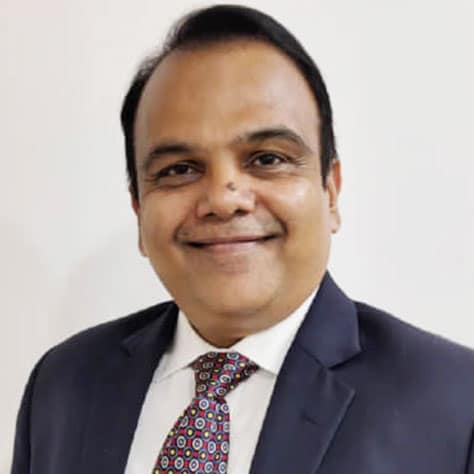